Minnesota Brass Inc. (MBI) and Inver Hills Community College of Inver Grove Heights, Minn., have embarked on discussions aimed at a music-education partnership that would further their respective missions.

“We are thrilled about the potential of a long-term relationship with Inver Hills Community College,” said Katy Matuzak, Minnesota Brass executive director. “MBI has a strong connection to education, and the ability to partner with such a fine educational institution is a natural fit. It has been wonderful to have this partnership. We are excited for the future and eager to see what lies ahead for both organizations.”

Inver Hills has made both rehearsal and performance space available to the St. Paul-based musical-education organization over the past year. Discussion points include expanded and joint performance opportunities and increased community involvement.

“I and other here interested in putting ‘community’ back into community college,” said music professor and head of the Inver Hills music department Andrew Martin. “To me it’s a natural fit. We have available space, (Minnesota Brass) needs space to be loud in – especially during the wintertime. “So far,” he added, “the partnership seems to be fitting what we wanted it to be: bringing in a community organization, bringing energy onto the campus, and bringing something to this area of the southeast metro that it didn’t have before. When groups are here there’s action, and that’s important for onlookers to see the importance of community-arts organizations.”

Barbara Curchack, Dean of Liberal Arts at Inver Hills, said, “We are excited by the partnership we are developing with Minnesota Brass. It is fortunate that our gym, classrooms and outdoor spaces meet Minnesota Brass’ needs, so this is a win-win for Inver Hills as well. “With two Minnesota Brass performances on our campus, I’ve heard nothing but positivity from the music faculty. “Further, we thank Minnesota Brass, as they have carried our banner in the State Fair parade and mentored one of our Music AFA interns this summer. We look forward to the opportunity to continue to develop our partnership in this academic year and beyond.” A tip of the shako to sponsors, fans and volunteers

As Minnesota Brass puts the lid on a highly successful 2019 season – finishing second at the DCI SoundSport International Music & Food Festival in Indianapolis in August – the organization would like to thank its sponsors for the support.

Several events and other opportunities materialize annually making a successful season a challenge every year – and 2019 was no exception. From presenting Drum Corps International contests in Menomonie, Wis., and Farmington, Minn., to funding new instruments and covering travel expenses, our sponsors, committed fans and indispensable volunteers continue to keep the organization moving forward.

So here’s a special salute to those sponsors who made 2019 an exceptional year: 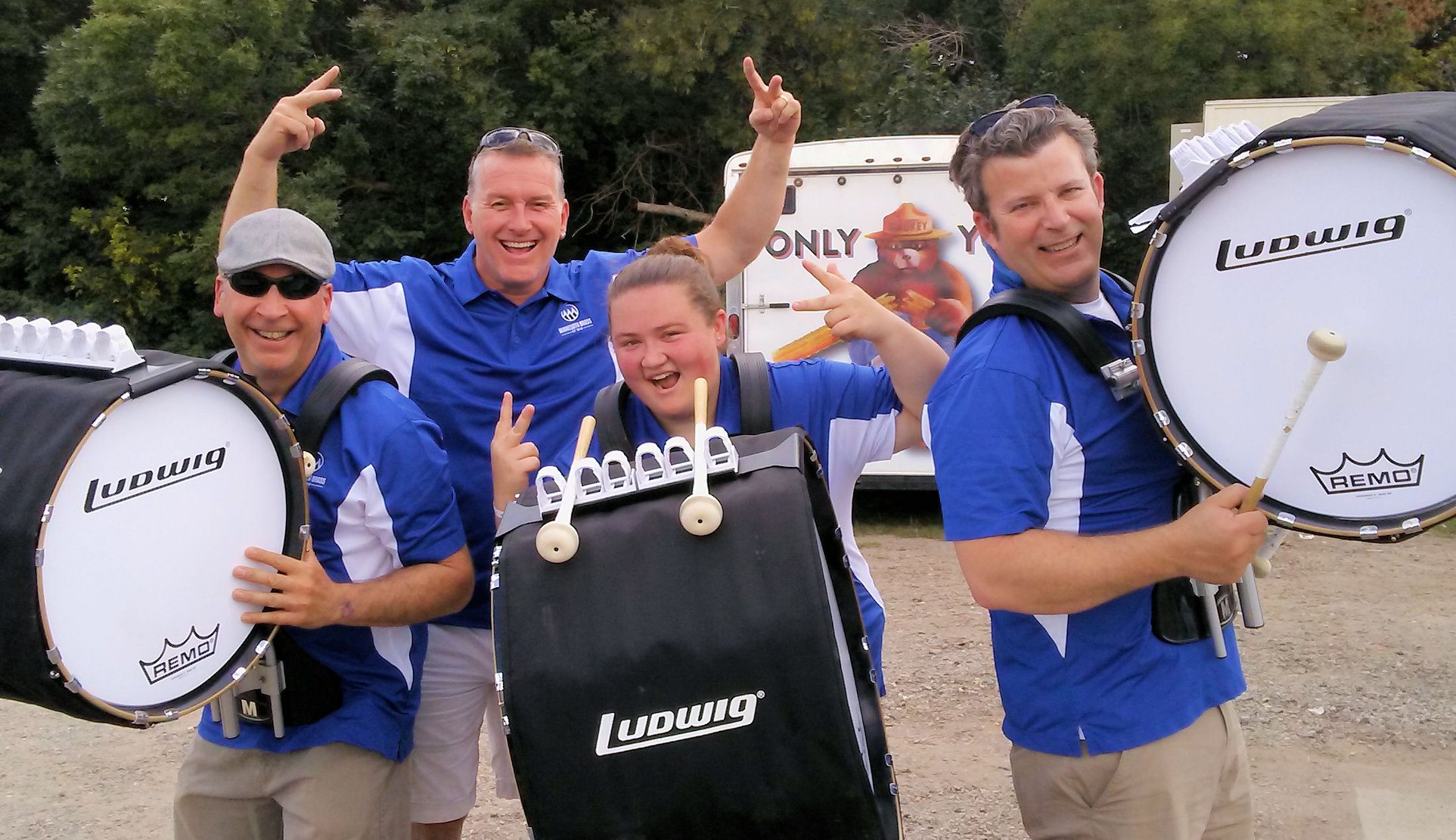 To our Minnesota Brass Family and Friends:

You are invited to attend an important Town Hall meeting for all Minnesota Brass stakeholders on Saturday, April 27 at Northdale Middle School. Lunch at 12 p.m. with conversation to follow beginning at 12:45 p.m.

The 2019 summer drum corps season is fast approaching. These are exciting times for Minnesota Brass as we hope to return to the field this year. But they also are challenging times. And we need your help.

The winter ensembles – MBI Indoor Percussion and MBI Winter Guard have just ended successful seasons with exemplary performances at the WGI Championships in Ohio. The future of the larger organization looks healthy.

And while everyone is hopeful the summer program will be equally successful, we face considerable frustrations. Turnout of potential performers at winter rehearsals has been disappointingly limited. And the ranks of our hard-working volunteer and support staffs have continued to dwindle. Frankly, it is unclear just where the level of support for the summer program stands.

On Saturday, April 27, the MBI Board of Directors is meeting to discuss – among many important issues – the prospects for the 2019 summer program. This meeting will be held in conjunction with a daylong full-corps rehearsal camp at Northdale Middle School (11301 Dogwood St. NW, Coon Rapids, Minn.). You are invited to visit camp and participate in a Town Hall meeting to discuss plans for the summer. The board invites your attendance to provide input and offer possible action plans before making any decision about 2019. We hope to hear from you.

Please consider joining us for this important meeting. Your insight is valuable and needed, and your continued support is greatly appreciated. As an added incentive, you are invited to join the corps for lunch!

If you can’t make the meeting, but wish to contribute your ideas to the discussion, please send them to eric @ mnbrass.org