Emily has been involved with Minnesota Brass since 2014. She performed with the summer drum corps, SoundSport group, and the winter drumline from 2014-2016, and 2018-2019. She has taught the front ensemble at Irondale HS and MBI Indoor, and she also helps drive the percussion trailer for MBI. Emily is the Programs Specialist for the National States Geographic Information Council. This is her second year on the Board. 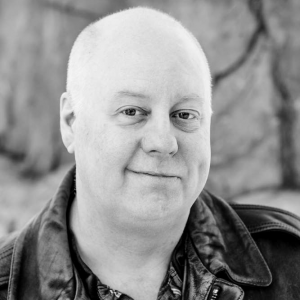 Dave first joined MBI in 1990 in the Baritone section, sharing a spot with Cindy Bach for his first season. Since then, he has been a performing member for 6 scattered years, a member of the visual staff, and has performed other administrative and technical roles.  Dave has served on the board, as member and chair, for 15+ years, and has been part of the executive team for the past 10+ years.  As his time available to devote to MBI diminishes with his growing family and personal commitments, he looks forward to returning to the board to share his experience, and to ensure a secure future for the organization. Gwynne first joined Minnesota Brass in 1974 as a member of the color guard. As she no longer has the
agility and abilities required by the guard, she moved to working with the support staff. Gwynne met her husband, Pat (who joined MBI in 1972 but was in the army when she started) in 1976. Their family has been a part of the corps since then.

As she am no longer able to march, she works on uniforms when asked and other support projects as
they come along.

In 1990, Gwynne was asked to be the corps secretary and accepted. In recent years, this role was ended so she moved to perform the role of recording secretary for the Board of Directors. Bridger Herman has been with Minnesota Brass since 2015, participating as a member of the winter drumline front ensemble. Since aging out of indoor drumline, he has continued to work with the organization as a summer marching member, front ensemble instructor, audio engineer, and fleet manager. He is also a Ph.D. candidate and graduate student instructor at the University of Minnesota, studying and teaching computer science and data visualization.

Bridger’s top priority as a board member is building a solid operational team to ensure the safe and timely transportation of equipment that enables Minnesota Brass’s ensembles to function. Cindy’s involvement with MBI spans five decades beginning with her first year as a baritone player in 1975 and including 2019 as a parade corps mellophone. Her musical involvement has had her performing on baritone, mellophone, trumpet, as well as a brief stint in the color guard.

She has served in many roles for MBI such as horn line manager, drum line manager, membership recruiting, volunteer recruiter, volunteer, MBI Board member 2006-2008, and assistant mellophone section leader in 2016. Cindy unofficially retired from performing in 2016, but she returned to the corps of 2018.

Cindy is a licensed interior designer/project manager and has designed healthcare clinics and hospitals, retail establishments, and corporate environments. She brings a skillset of new business development, a wide variety of network contacts throughout the design industry, and a desire to see the corps thrive in a performing arts environment that is rapidly changing.

Cindy is a quiet, yet powerful champion for MBI. Joanna first joined Minnesota Brass in 2014, filling a mellophone hole after her first summer performing with the Colts Drum and Bugle Corps. After her second and final summer with the Colts in 2015, she returned to the summer corps to fill a backfield drum major hole. Later that same year, Joanna joined Minnesota Brass Indoor on cymbals and went on to march 3 more seasons until her ageout in 2018. She also marched a full season with the summer corps in 2016 on mellophone before her DCI ageout with Oregon Crusaders Drum and Bugle Corps as an assistant drum major.

In her non-band-related life, Joanna works in advertising as a copywriter using her creative wit and humor to write TV commercials, radio spots, print advertisements, social media posts, and just about anything else you can think of. She attributes her ingenuity and talent as a creative person to her time spent in the marching arts. Joanna is eager to bring her passion and inventiveness to the MBI Board in hopes of giving back to the organization that has given her so much. Paul began his drum corps career in 2005 in the DCA circuit with Minnesota Brass Drum and Bugle Corps. In his time with the corps he helped lead them to three high-brass titles and a DCA world championship in 2011. In 2014 and ’15, Paul was also a low-brass technician for the Colts of Dubuque, Iowa. Paul spent 2019 as the Visual Caption Head of the Seattle Cascades Drum and Bugle Corps, where he helped lead the corps back to a semi-finals performance.