Andrew Angle – a huge personality in the Minnesota Marching Band community and longtime Minnesota Brass Visual Caption Head passed away unexpectedly over the weekend.   He is survived by his wife Jessica, whom he met in MBI.  Andrew was known as a passionate contributor to the marching arts community both nationally and in Minnesota as a teacher, designer, judge, and clinician.

Andrew had a huge impact on the visual program at MBI during his time with the corps.  He was a meticulously driven teacher who pushed members to perform beyond where they thought that they could.  In addition to his high school and DCI instruction, Andrew was instrumental in bringing the Minnesota Brass visual program to the upper echelon of the All-Age drum and bugle corps activity from 2008-2014.  Andrew was a large contributor for the designs of the corps in that era as well and brought a higher level of accountability to the design team.

Andrew’s passion and commitment to excellence were well known, but he was also known for his sense of humor and gregarious personality that was very motivational for the Corps during his tenure.  Andrew had a larger than life demeanor that carried him through everywhere that he worked.  His impact at MBI and on the Minnesota Marching Arts community is immense.

As a professional and as our friend,  we will miss Andrew .  “For All We Know,”

Greg Guffey – a longtime teacher, designer and friend to Minnesota Brass, lost his brief battle with cancer peacefully this morning.  He is survived by his wife Kim and children Evan and Nora.  The memorials across Facebook speak to Greg’s contribution to the marching arts nationally and in Minnesota as a teacher, designer, judge, and clinician.

Greg met his wife Kim while working with the Madison Scouts and moved to Minnesota in the late 1990’s to work in marketing design. He began teaching with MBI in 2001 as a marching instructor and served on the design team as Visual Caption Head from 2003-2007.

Greg had a huge impact on our members during his time with the corps.  He was a great teacher who pushed members to perform at their highest levels.  He was a passionate motivator and leader during his time with MBI and many members speak of the huge impact that he had on them.  Greg was diligent in bringing in a professional staff to work with Minnesota Brass and the corps improved greatly during his tenure.  He was insistent that the design be at the highest level and yet, something that could be mastered by the members.

Greg was always kind and generous with those around him.  He taught with professionalism and a giving heart.  Greg became an integral part of the MBI Family and he will be missed by all who knew him.  His impact here on the Minnesota Marching Arts is immeasurable.

As a professional and as our friend,  Greg’s passing leaves us with a heavy heart. The words of our corps song “For All We Know,” certainly ring true today.

Remember Kim, Evan and Nora in your prayers.  Donations are being received at:

Due to the Covid-19 Pandemic and cancelling of the DCI summer schedule, summer rehearsals for Minnesota Brass Drum and Bugle Corps are on hold. The hope is that there remains an option for a limited performance opportunity later in the summer. The winter ensembles and summer 2021 drum and bugle corps are still on schedule as planned. Please stay tuned for future announcements and dates. MBI hopes that you and your family are safe in these trying times. 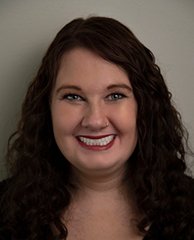 MBI in the Windy City Both MBI Winter Percussion and Winter Guard are spending some time in Chicago this February. MBI Percussion performed at the WGI regional last weekend where they placed second in the Percussion Independent World class. The Guard will be competing in WGI Independent Open class this weekend. Good luck MBI Colorguard and keep it going MBI Percussion!